Hello Dice Masters!  Welcome back to our next TOTM installment for 2018.  We were impressed with what you gave us with the Loki theme last month and are excited to see what you can give us for May.  Before we get to this month’s challenge we need to give the proper attention to what happened last month.

For the April 2018 TOTM, we challenged you to give us your best Team build using Loki.  The centrepiece of the the Team had to include some version of Loki, and he had to be an integral part of the build.  The rest of the Team Build was up to you.

We got some excellent entries for April, and to be honest, there were some really difficult choices to narrow it down to two.  These were the Teams that were nominated to be played on Dice Masters with James and Zack:

TJ B. gave us a toolbox for Loki to play with:  Loki’s Tools

Here is how the showdown on Dice Masters with James and Zack went down:

TJ’s Team proved victorious in the online battle earning him 0.5 points.  The community vote favoured Nathan D. by a 11-4 mark, giving him a valuable 1 point.  The remaining points were distributed as follows:

I really liked both Teams here as I think they both screamed “Loki” to me.  However, the trickery involved with TJ’s Team made it stand out just that much more.  Using the Staff (as a “borrowed” tool) to encourage board clear was a great option.  It was too bad that didn’t play out in match.  I definitely want to give both of these Teams a try.  Great job both of you.

I also really liked both teams; TJ’s was actually one of my top 3 when we were originally selecting teams. I’ll still vote for Nathan’s, however; his team manages to make Loki aggressive and pulls off some jaw-dropping shenanigans in the right context (unblockable 16 damage Loki? yes please!). While it didn’t work out this game, the core of this could make for an awesome team in the right context.

Both teams are solid.  Staff of the Forgotten One and Agent of Asgard’s ability is a nasty combination, and as was seen in the video, the team can win without it.  TJ’s team had just enough variety and flexibility in its set of nasty tricks to give it the edge.

TJ’s Staff Team won, and that is our choice for the winner.  The theme of the team was great, and Loki was definitely integral to the win condition.  Nate’s team was also well constructed, and had great backups for the win condition – I would love to see how it performs at a casual or themed event!.

+2 Points TJ from James and Zack

Congratulations TJ!  We will be reaching out to you to get you your prize pack.  Enjoy your title reign!  Also a big thank you to everyone who submitted a Team Build for this.  They were all great and we look forward to what comes for the next TOTM competition.

This competition will be open worldwide.  The submission deadline for this round will be 10:00 PM Mountain Time on May 25, 2018.  Submissions should be sent to mailbag@dm-north.com with “Team Build Challenge” in the subject line no later than the deadline date.  In the event that multiple Team builds are identical, the first one received will be considered as an eligible entry.  Rewards will be sent via regular letter mail to the recipient.  If you require tracking information, you will be responsible for any additional costs.  Members of Dice Masters North and Dice Masters with James & Zack are ineligible to submit Teams.

Loki tricked his way through our April competition.  May needs to provide some more challenges.  Do we make it simple and be a little too on the nose and ask for your best Aunt May build?  No.  Can jourdo finally get his Common Kate Bishop proposal through?  Heck no.  How about we flip things for this month?  Instead of coming up with a prize pack that fits the theme, the prize pack will be the theme.  We are not going to come right out and tell you what is in this prize pack, but we will gladly provide some hints.  So, with that in mind, and in the immortal words of Sir Mix-a-Lot…  I like big butts and I cannot lie. 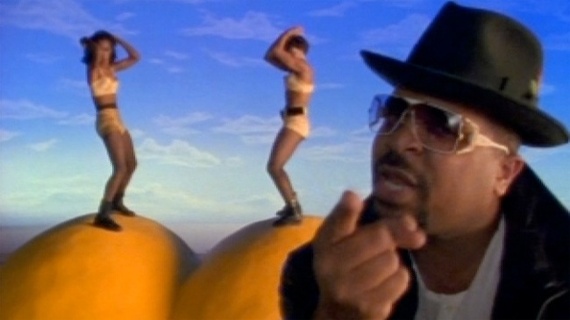 No characters on your Team Build can have a defensive value less than 5.  This must be a (current) Modern build.  Any characters that meets this criteria are eligible to be used.  You may include non-basic action cards on this build as well.  However, we are not going to make this too easy for you.  The following cards are banned from use for this Team Build:

This prize pack will be the smallest to date.  However, what it lacks in quantity it more than makes up for in effect.  Hopefully you can control your excitement and prevent it from getting the best of you.  We have a healthy appetite to see what you can come up with for this difficult challenge.  Spread your wings and show us what you’ve got.

EDIT:  For those struggling to search, here is a Google Sheet for all of the characters who meet the criteria for this challenge.