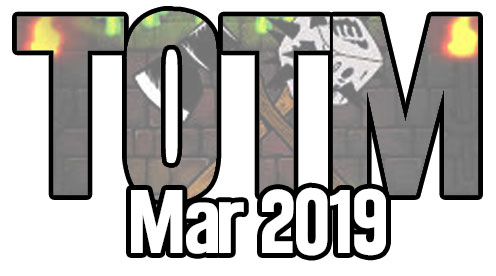 Hello Dice Masters!  Welcome back for a special crossover TOTM Event.  This month we will be working with the Ross from The Weekly Dice Arena to bring you a month’s worth of goodies.  Before we get to the details, let’s get the basics out of the way.

For those that are unfamiliar with the TOTM, here is what you need to know:

This competition will be open worldwide, and anyone is welcome to  join.  The submission deadline for this month will be 6:00 PM Mountain Time on March 22, 2019.  There are two Forms you will need to fill out in order to participate.

The Registration Form can be found here.  You will need to fill this out BEFORE the competition you are entering.

Here is the challenge for March 2019:

As I said earlier, we are teaming up with The Weekly Dice Arena to bring you a month long TOTM extravaganza!  Let me present to you…

This is as close to a “free-for-all” as it will come for the TOTM.  You can build whatever you want… sort of.  Instead of building a Team just to beat your Opponent to death with, you will also need to build it to navigate a series of Challenges.  These will be all over the map.

Points?  Well, yes… this is all points driven.  Here is how you will score points:

Here’s where the catch comes in.  The challenge points have a “floating” value.  The more people that complete a given challenge will lower the overall value of the points.  So, the easy challenges will not be worth too much in the long run.  There is no limit to the amount of challenge points you can score in a week.  Part of the challenge is building a Team that can tick multiple boxes at once.

Everything is fair game in this one.  You will be able to build from the full selection of Golden Cards.  The only bans that are in place will be:

As for the specific challenges, here is what you want to try and accomplish:

These characters were randomly selected from the Team Builder.  They must be an integral part of your Team Build.  They cannot just be tossed on to score points.  If you cannot defend your reason for including them, you may not score the points.  This will be at the TO’s discretion.

There you go.  That is everything you need to know for building to participate in the TOTM for March.  If you have any questions, please do not hesitate to contact us.

Schedule-wise, things will be a little different this time around.  We will still be running our portion of the even on a Saturday evening.  It will be the usual start time of 9:00 PM Eastern (no more Mountain conversion for you guys).  It will be on March 23, starting in the usual place.  You can find the link here for the Hangouts Room.  Ideally, it would be nice to get 3-4 Rounds of Play in… but we will see what happens.

The Weekly Dice Arena runs every Tuesday night, starting at 9:00 PM Eastern as well.  For the month of March, The WDA will be participating in this Achievement League and your points will be cumulative between all 5 weeks.

Matches will be 30 minutes long to avoid slogs.  If the game is tied when time is called, the game will go to 5 turns with the active player being Turn Andy (or Turn Zero if you want).  The player with the most life at the end of Turns will be the winner.

Finally, with regards to out TOTM Leaderboard… For this month, Leaderboard Points will only be scored for the actual games played on our Saturday (for consistency).  As well, we will award points to the overall standings at the end of the Achievement League.

Looking forward to seeing you there.  Thanks for reading and feel free to reach out to us with any questions. 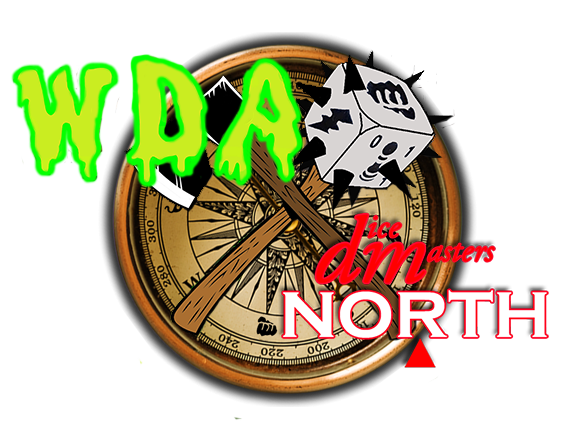