Hi!  I’m Jocelyn, and I play Dice Masters in the GTA (that’s the Greater Toronto Area, in Canada).  I participated in Canadian Nats this year, where I met ccm00007 and talked my way into sharing my experience with you here as a first-timer.

Making the Decision to Go

If, like me, you’ve never been to a competitive gaming event, you might, also like me, be terrified of going to one. Your inner voice says you’re not good enough and you don’t have enough experience, and everyone else will have better cards, and better dice rolls, and it’s smarter not to go. Even if you DID pull a SR Yuan-Ti Pureblood out of a Tomb Of Annihilation draft pack – possibly the most hated ‘meta’ card in the game right now, yet the one that nearly everyone is playing in all the competitive events – it’s probably better to just stay home.

My inner dialogue ran this way for weeks as we (Rob and I) debated going up to Ottawa area to participate in the Dice Masters Canadian National event.

The decision to go to Canadian Nats was a big one for us to make. There were a lot of factors to consider when trying to make up our minds. The item we most often discussed was our ability to play the game competitively. It was only in recent months that we had started playing at our FLGS with other people; prior to that, we were solid kitchen table players – with each other. We didn’t know anyone else who played until I stumbled upon a few players through Facebook and started getting together at the FLGS.

When we weren’t discussing how well (or not) we felt we could do competitively, we talked about the other factors: distance – it’s about 4-5 hours from our home – expense – time, fuel, hotel, food, vacation days to be scheduled…

While we tried to decide what to do, we avidly followed updates from UK Nats and US Nats. We listened to Dice Masters podcasts to learn more about the game. We chatted about it with our friends at the FLGS, created, play-tested and modified teams, and still, we were unsure.

Finally, we said – what do we have to lose? We go away for a weekend, we meet some new people, we lose some games, and then we go and be touristy in Ottawa. We’ll add a day on either end and make it a long weekend road trip. It’s been ages since we were there, anyway. Decision made. Off we went.

We arrived in Hull, Quebec, early evening the night before the qualifier, after being on the road all day. We had booked a room at the hotel where the event was being held, which turned out to be a great idea because of how long each day was. It was really nice to be able to just walk to the elevator and head up to the room at the end of the night.

Saturday morning dawned and I was excited, but also nervous. I had set my expectations low, but I still wanted to do well.

Qualifiers were due to start at 11am and we were pre-registered, so we had a bit of time. We decided to go down early and see what was happening in the event room, get the lay of the land so we would feel more prepared. It was early, around 9am, and the room was filling up with HeroClix players lined up for exclusives. We went back to our room and played one last practice game, before packing up our teams and bringing them down to the event.

We found the DM players and introduced ourselves. Shahin was running the event and he did a fantastic job. He made sure that we knew exactly what was going on and answered all of our questions in detail. It made me feel much more comfortable, as I had never been in an event before so I was unfamiliar with what I’m sure are basic competitive terms like ‘Swiss rounds’ or ‘top cuts’. He had also set up a Twitch stream so games would be played on camera and streamed live with commentary to the DM community. It was awesome. He put a ton of work into the event and I know we all really appreciated it.

Everyone was very friendly and welcoming, helping me navigate the writing up of team sheets and bearing with me when I forgot to pass priority or bought two actions when my opponent also had an attune character in the field…oops…my nerves had the better of me. Despite that, I went on to make top 4 in the first qualifier, which gave me a spot in Nats. I was playing my top cut game on stream when the power went out and I ended up losing to Laurier’s SR Yuan-Ti Pureblood team.

There was a break before the next qualifier, so we set up a draft of Guardians. I put together a decent ‘when fielded’ Guardians-affiliated team with Adam Warlock: The Being Known As Him and Yondu: Whistle While You Kill, that enabled me to take down Ben’s SR Punisher Sorcerer Supreme team. It was fun to take a break from the competitive nature of the qualifier. The qualifiers were fun games, but since I wanted to try and win, they were more stressful games. The draft was a nice, light break in the middle of the day.

Although I had qualified already, I played in the next qualifier as well. Most of the people that had qualified changed their teams for the 2nd event, but since I had participated in the draft, I didn’t have time to put another team together and as a result, I played the same team. I made top 4 again, and was lucky enough to win the qualifier. I couldn’t believe it. By the time we were done, I had played Dice Masters for nearly 12 hours straight. I was exhausted, I was exhilarated, and I was starving. I also wanted to try and tweak my team, I felt it was vulnerable to some of the teams and play styles I had encountered. I thought about it over a bite to eat and then the wave of tiredness hit, and before I knew it, it was morning.

Sunday morning, I tweaked my team – I changed out two cards.

We also tweaked Rob’s team to try and make it stronger. I did well in Swiss, ranked 3rd, despite some really bad rolls in some of my games. We took a break before top cut so we could all have lunch. I was paired with Rob, ranked 6th, and his new team was working out well. We went to time, and then turns, and Rob edged me out and he made top 4. I was so proud of him! I was sad to lose, but I had done much better than I thought I would in the events, and I was happy with how the weekend went.

I met great people and learned a lot about how competitive gaming works. I had an amazing time, and although I thought that I would want a break from Dice Masters after so many hours of playing, it has actually made me want to play more often and become more involved in the DM community. I also learned that I had nothing to be nervous about – and if you are like me, and can relate to my inner dialogue, please let me tell you – you are good enough, even if you DON’T have a SR Yuan-Ti Pureblood…or whatever the ‘meta’ card is at the time you read this article. You should come to the event and play. You’ll win some games and you’ll lose some games, but in the end you will come out with more friends, more experience, and – like me – will wonder why you were so terrified in the first place. I can promise you that you’ll have a much better time than if you had stayed at home. 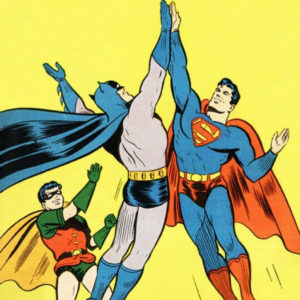