JoceStitch here – live on the ground at Gen Con, reporting for the Daily Bugle, and I had a front row seat (not literally – I was in the fourth row) to the WizKids Fan Appreciation Event this evening.  I am coming to you live (ish) with these fantastic reveals and dazzling updates about the upcoming Secret Wars set.

Huge thanks go out to the WizKids Marketing Team for sharing the images with us to share with you! 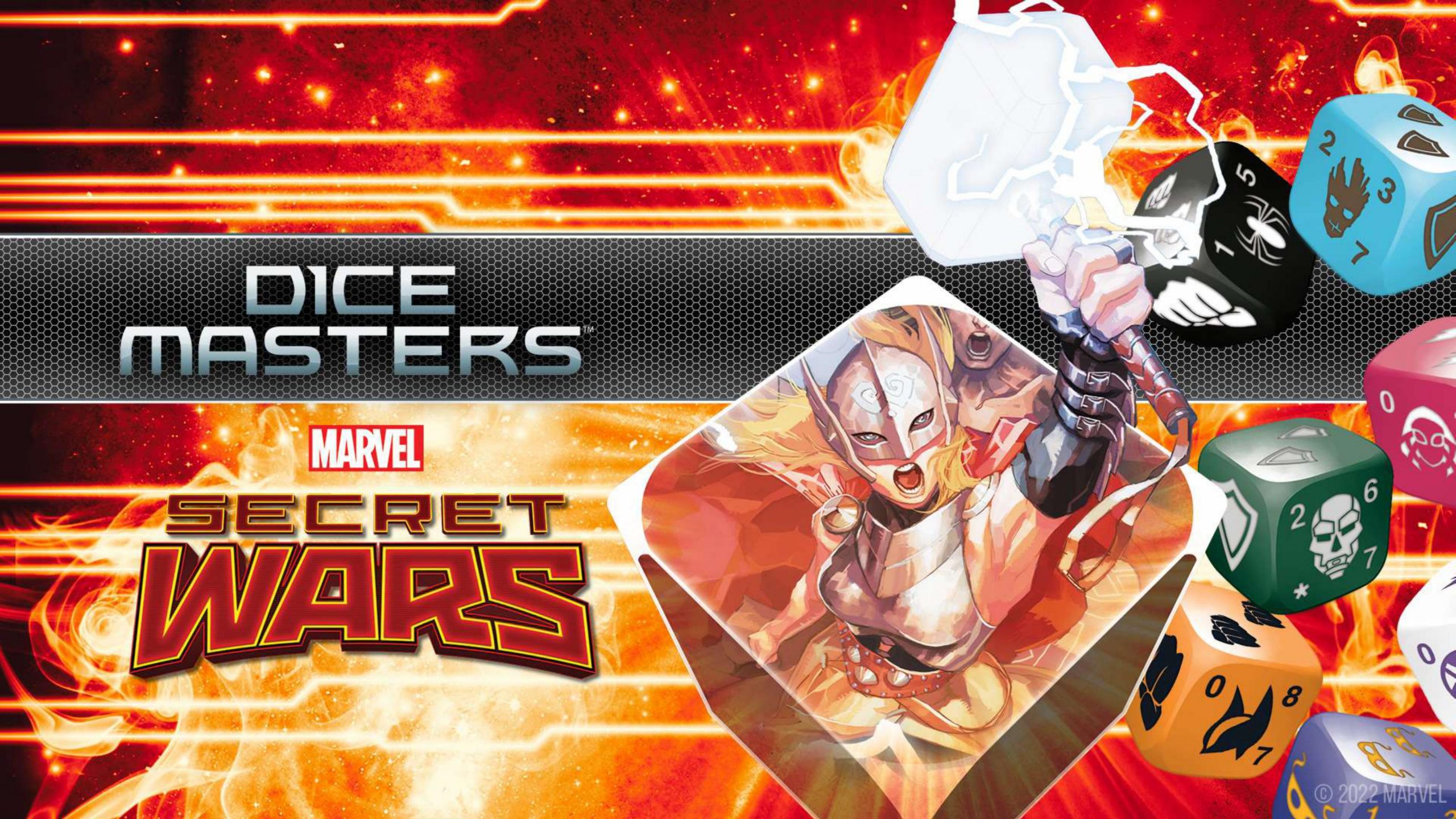 WizKids has shared with us the first official look at the Origin Pack contents!  Today, we saw the two character cards and two basic actions that are included in one of these packs!

These cards will exist in the main Secret Wars set, but will have different art treatments than what you see here.  This is the first time we’ve seen the Spider-Gwen and Spider-Man card text.  Interesting to note the max. dice on these cards are two and three respectively.

It appears as though the Daily Bugle Basic Action card will be full art in the Origins Pack!  This is super cool…and as you may have seen above…a different art treatment than the main set. 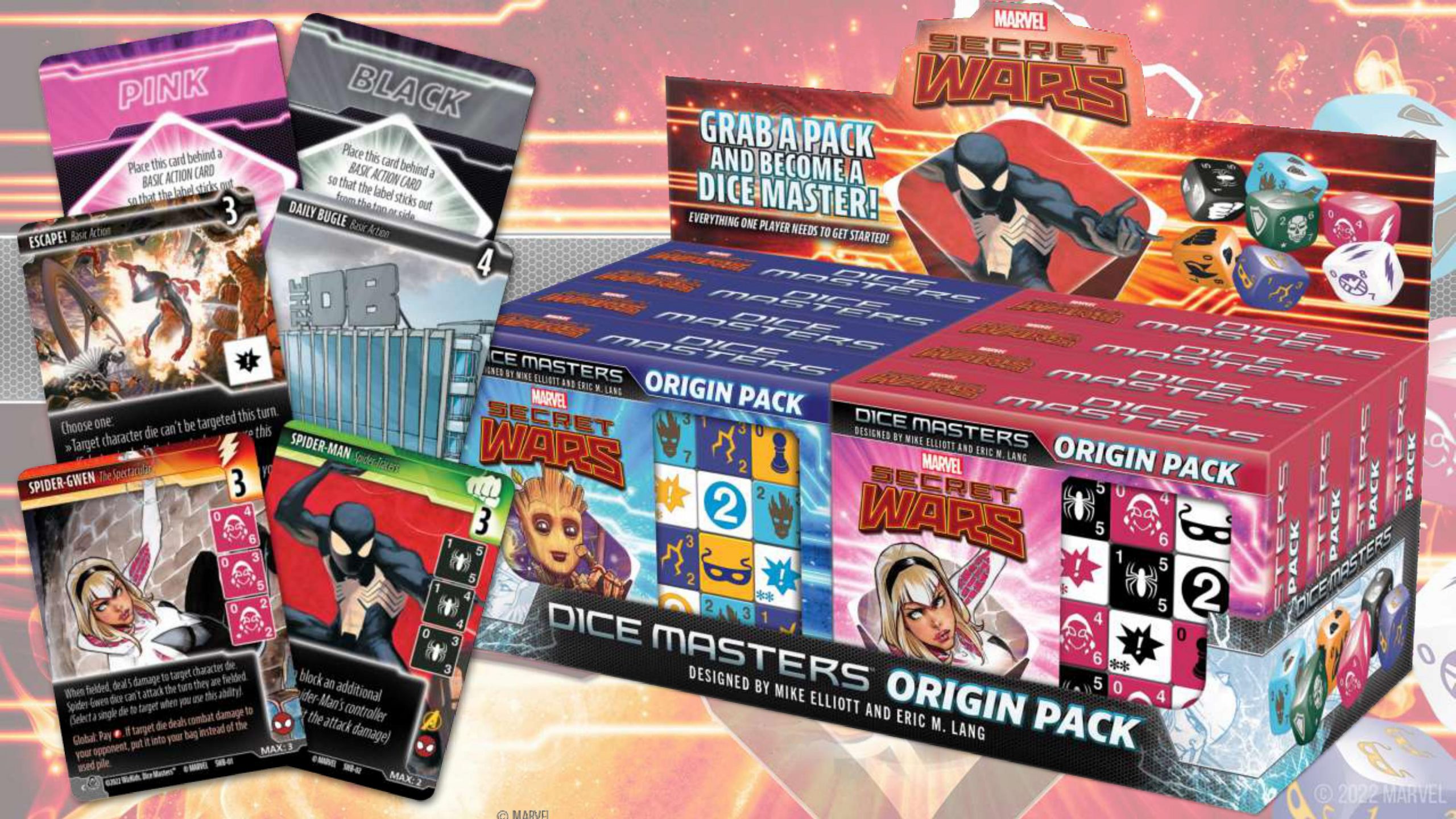 We saw four new cards from the upcoming Secret Wars set, and three of them were characters we have never seen before in Dice Masters!  Read on for more details…

Super happy to share with you a new Invisible Woman card!  This is the 2nd card we’ve been able to see for this character and it’s a Super Rare!  At a 6 cost mask, she has a pretty neat effect, and I’m going to want to roll her on level 1 or 2 to make it easier to KO her so I can rinse and repeat this one regularly.

This card definitely has a “win more” type of ability, but that +3A and the ability to potentially remove some blockers is pretty awesome.  This is a more powerful Invisible Woman than we saw with her Common card reveal a couple of months ago.

You may recognize the die symbol on this character because we’ve seen it in the past with Jubilee.  Now it’s being used for the first appearance of Dazzler!  This Rare Dazzler card is a two cost bolt character.

While you have an active character die with cost 4 or greater, Dazzler is free to field.  When fielded, deal 2 damage to target non-bolt character die.

I love to see a direct damage “when fielded” ability on a die that is easy to cycle (see Invisible Woman above)!  The fielding costs on this die have always been a challenge for me, as I will routinely roll it on level three, but with her ability to field for free when the stipulation is met this is a pretty sweet die.  Sign me up, I want to Dazzle-r. (Note: puns are not my forte – that’s ccm00007’s department).

Another new female character in Dice Masters for us to discover!  Agent Brand joins the team.

With Agent Brand’s attack stats, she will be vulnerable to “must attack” globals, and her low defense means she may be easy for your opponent to KO, so this is something to watch out for; but note that she is easy to refield with a 0, 0, 1 fielding costs.

I am partial to characters that grant other characters ability (Angela Infiltrate, anyone?), we will just have to find a way to protect her.

While Agent Brand is active, your characters gain Fast.

One question that will need to be answered – does “characters” in this context mean “characters with cards” or “character dice”?  It will be really awesome if your active Sidekicks gained Fast.  We’ve reached out to our WizKids contacts for clarification on this, so stay tuned.

This is the Uncommon card and I look forward to seeing what her other cards will do!

Our final new character reveal for today, Terrax joins your Villains team.  He’s a 6 cost fist character and we saw the rare today.

While Terrax is active, when one of your character dice is KO’d, deal 4 damage to target character die.

Now this is a while active ability I can get behind.  Terrax’s stats will make it unlikely your opponent will force him to attack (although he could be removed by other means such as #rarespiderman4ever) unless they have something that can KO him.  Note that his ability does not state how the character die is KO’d – can I pair this dude up with my Dark Phoenix Global Ability:

Pay bolt and KO one of your character dice. The next die you purchase this turn costs 2 less. 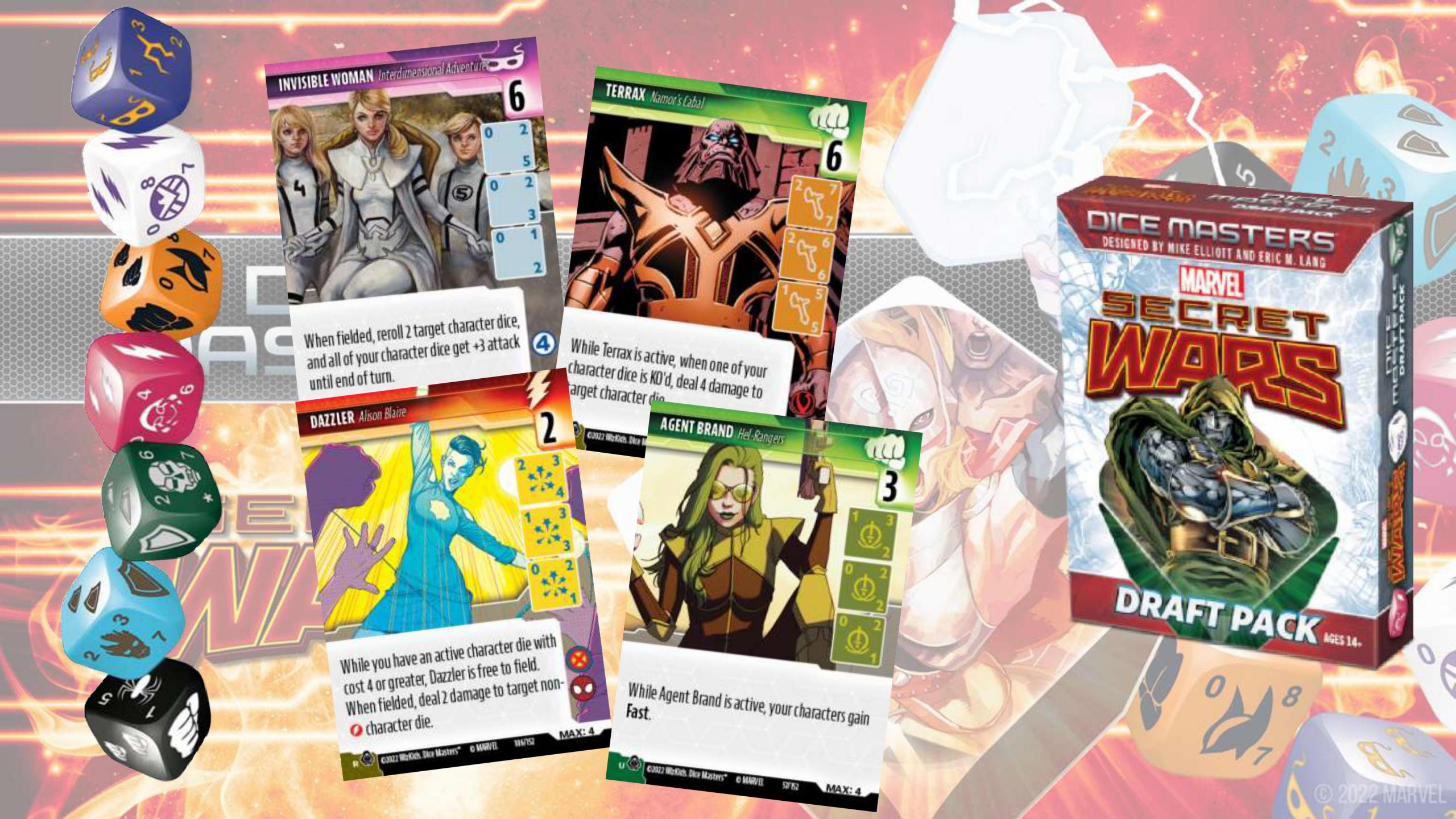 The more I see of this set, the more I dig the new design.  I was a fan right from the start, but now I can really see how the colour-coding of the energy types pop will pop on the mat.

I cannot WAIT to get my hands on this set and start playing with these new cards, abilities and characters!

We’d love to hear from you, let us know your thoughts or questions in the comments below, on the Socials (@dmNorthTV), or join the conversation on our Discord. 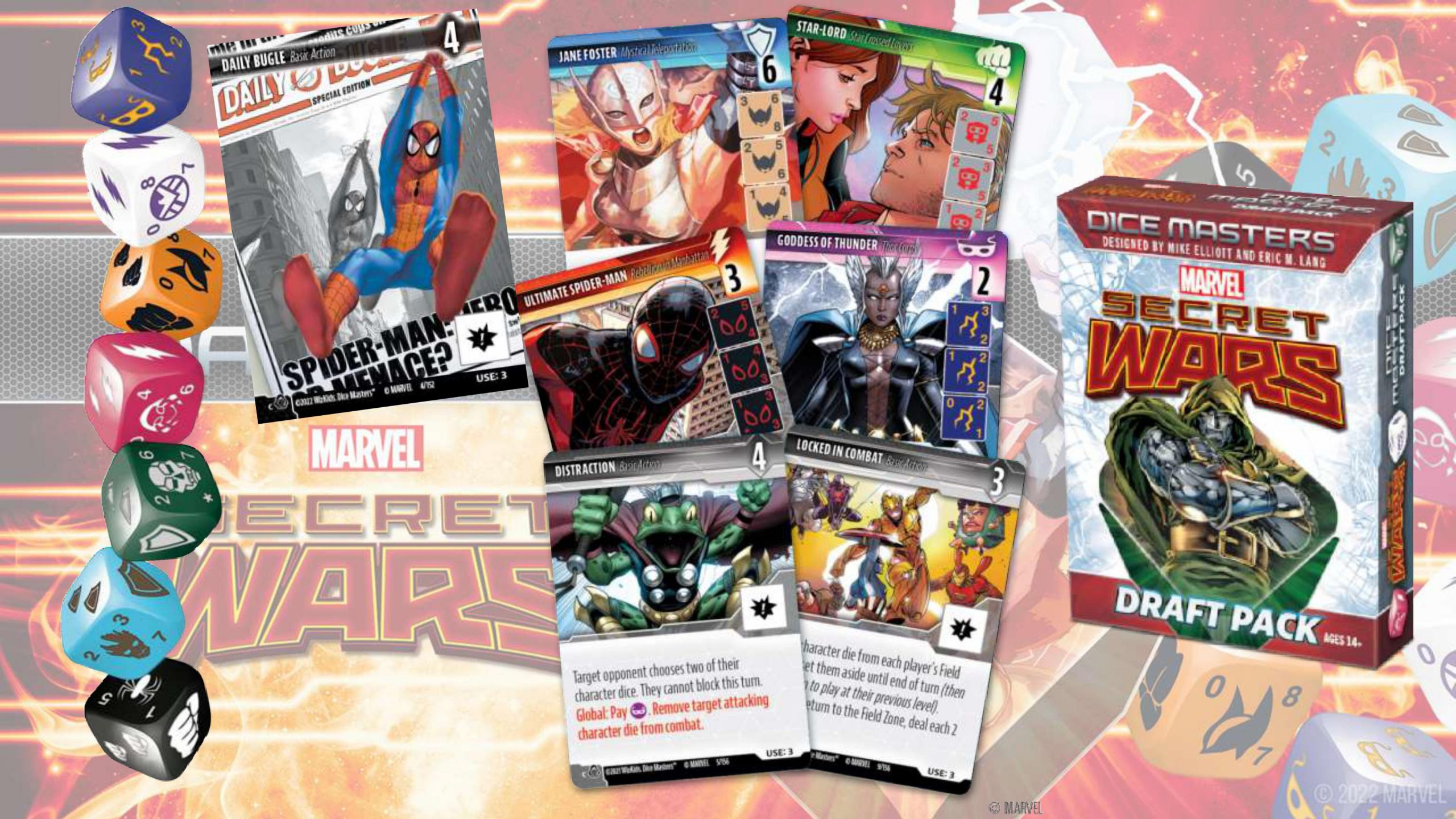