Breaking news, everyone! Wizkids has now updated their website with additional information on the upcoming X-men Forever set and its associated team packs.

Before going further, full credit to our commenter Magneto, who brought this information to my attention through his recent comments on my spoiler analysis article. Thank you for bringing this to our attention!

You can find the information for the Campaign Box and Team Packs here:

I’d like to bring everyone’s attention to some useful information. First, let’s look at the layout: 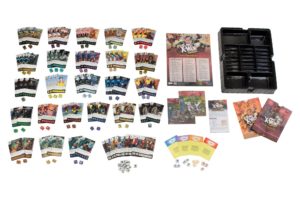 Most characters seem to come with 2 dice, with two (Jubilee and Beast) showing up with 3, and only two (Magneto and Professor X) with 1 die. It looks like they’re sticking to an average of two dice per character, so for each character that gets 3 dice, one only gets 1 die.

Now, because of what happened with Justice, this should not come as a shock. In fact, I hadn’t caught on to that pattern, but Justice worked similarly: four characters had 3 dice (Ivy, Aquaman, Manta, Wonder Woman), and four had 1 die (Bizarro, Hall of Doom, Watchtower, Brainiac). Seems like that’s a pattern we should expect to see repeated for the time being.

This page also reveals one mildly disappointing bit of news: white sidekick/BAC dice. I was hoping they’d stick with the black dice for a couple more sets. I hope they revisit the black dice in future sets.

As for the character roster, as should be predictable when my previous article was acted on so little information, the roster’s mildly different than expected. Here is the final roster (with notes as to what was added or removed):

Same as with Justice, we’re seeing 24 different characters with 2-3 cards per character. It seems to be the model they want to stick with for the foreseeable future. As with Justice, expect to buy two boxes for max dice.

Oh, and as a side-note: it looks like we’re seeing a reprint of Brave Sacrifice among the BACs. Not my first choice for a reprint, but okay, I guess? That’s in addition, of course, to the other BACs we know (Teamwork, Too Big To Fly…).

There are also several pictures on the campaign box’s page that zoom in on specific cards and provide detailed information. EDIT: I originally considered not posting them, but seeing as I’m already making you click to check this article, I’d rather not force you to click another link to find the juiciest info. So here are the images: 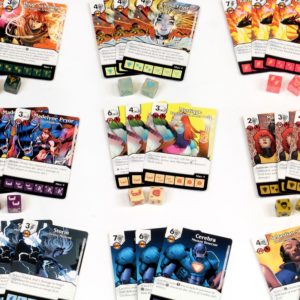 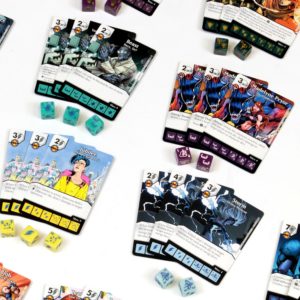 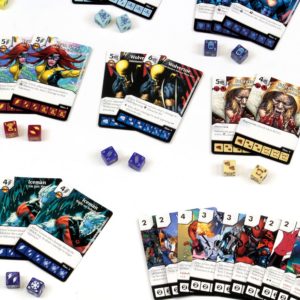 There are some really sweet cards in there, and going over each of them would take a fair while; I’ll leave that to DMArmada, since he always does a fantastic job of it. I will say though: personally, Iceman, Storm and Hope Summers (holy heck!) are huge standouts for me.

Moving on to the team packs. While the page for X-Force doesn’t reveal anything we didn’t already know (other than showing what seems to be the final packaging), Dark X-men reveals a couple of interesting points:

-Sage is confirmed to be in this set per her name showing up on the packaging (good call Reg!)

And there you have it folks! With the set releasing in May (specific date unknown), hopefully we get the full spoilers soon. In the meantime, keep on rolling!

Edited to add the images of the actual spoilers to the article.