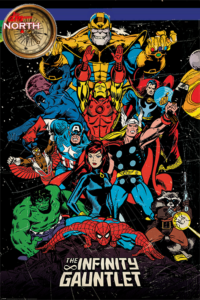 After seeing Jimmy’s video on Wizkids where he opened up a case of the Avengers Infinity Gauntlet Draft packs, I thought I would revisit my article when the cards were originally spoiled.

(If you have not seen Jimmy’s Video where he opened 8 Draft pack boxes, please check out Wizkids Facebook page here to view it)

We believed there were going to be 152 cards in the set, and it looks like that will still be the case.

I just kept a note going as I watched the video and found a couple interesting stats.
(Now these stats are based on one box opening…)
But it would be interesting to see if Jimmy opens the second box, if it has similar results.

In previous versions of Draft packs (Thor and TOA) each pack contained 6 Commons, 4 Uncommons, and either 2 Rares or 1 Rare and a Super Rare if you were lucky to pull one.  Again, I would assume this will not change.  So from buying one Draft pack and assume you pull no duplicates, you would have the following pulls:

So, It would be expected, If you purchase a Draft Box of 8 Packs, and assume you do not pull any doubles in the full draft box of 8 packs, you would potentially have the following pulls:

After watching the video by Jimmy, I came up with the following stats: 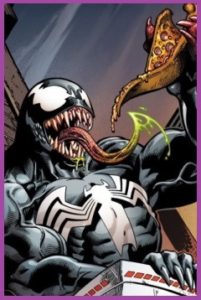 There were 16 spoiled Basic Action Cards, and Jimmy pulled 15 of them in the videos.
We got 9 Doubles, 2 Foil versions, and the one card that were not pulled was Anger Issues

To get 94% (15 of 16) of the Basic Action available cards, and having 9 doubles, means you will have more than enough to most likely trade for any of the missing BAC’s you need, and I believe adding that 3rd card to the packs will help the collectors, but more importantly when playing the game you have that extra choice when building your team. 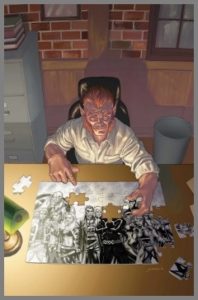 This was a very interesting stat when I gathered the information.
The average pack had 6.25 Commons (2 Packs had 7 commons)
(This might have been through a mistake of the blurry cards, but i double-checked and they were in boxes 3 and 5)

In the video Jimmy was able to pull 50 common cards, and ALL 40 available characters on their Common level!!!
If that is the case for all packs, it would be amazing to the common player as it will guarantee you at least 2 dice from every feed.

Another really good point if that is the case, is if you buy 2 boxes, you would probably also have a full set of Commons you can gift/sell/donate or whatever you want.

Jimmy pulled 5 Common Foils in the Feed, so that will be very bad news for Foil collectors, as unless you hunt for them, it will take you minimum 8 Display feeds to have a chance at getting them all!

We were able to confirm all the 40 Characters in the set, and are listed at the end of the article.

** Of note we did not get any Triples of one Uncommon card. 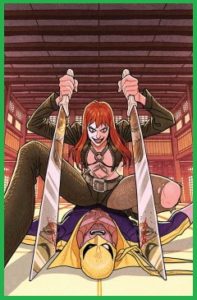 The Average pack had 3.5 Uncommons (4 Packs had 3 Uncommons – Boxes 2,3, 5, and 8)
I was hoping there would have been an average of 4 in each box like previous sets, but in total, we got 28 cards, (We pulled 3 Doubles in the entire feed…) and we got 62% of the total available cards in one display feed.

This was not the expected 80% as thought previously, but again, I think there will be a market of these cards being available to those that purchase only 1 feed.

Jimmy Pulled 4 Uncommon Foils in the Feed, and again, a Foil Collector, would need 10 Display boxes, and not pull a single double)

** Of note we did not get any Triples of one Uncommon card. 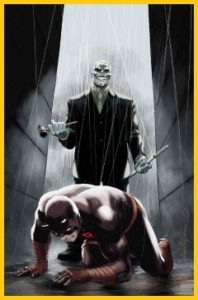 The Average Pack had 1.8 Rares (1 Pack had 1 Rare – Box 5)
This is better news, as previously thought in last article as it looks like when you get a Super Rare, they are not taking it from the Rares in the box.
(All three boxes that had a Super Rare, also had 2 Rares)

We had 1 Rare Double in the video, and allowed us to pull 35% of the available cards in the set.
There were 6 Rare Foils in the feed, and this distribution was similar to the other rarities in the set.

The Average Pack had 0.4 Super Rares (3 Packs had a Super-Rare – Boxes 2, 5, and 8)
I believe it was spoiled that a Draft Feed would have either 2 or 3 Super Rares, so this was exactly as expected.
(I believe the Super-Rares were Black Widow, Iron Man, and Star-Lord)

** We did not pull any Doubles of any Super Rares.

Another odd note, was then the cards were pulled, they were alphabetical…
You would have the BAC, then the Commons, Uncommons, Rares all sorted alphabetically…

I don’t think they were like that in previous sets.

From the video, we had the following stats for dice pulled:

This was fantastic news to see that from one Display feed, that Jimmy was able to pull at least 2 dice for each character in the set.  There will be plenty of doubles to share with friends, and trade online with it seems.

From this, you will most likely require 3 or 4 Draft Boxes minimum to obtain all the Rarities, but you certainly will receive most of the dice you will need from the common and uncommon pulls from just 1 draft box of 8 draft packs.

And that’s a wrap for this recap, I think we cleared up some of the gaps, and thank you very much again to Jimmy for sharing the video with the community.