As many of you know, the Dice Masters Canadian National Championships will take place in Gatineau, Québec at Multizone Comics and Games. The Tournament is scheduled tomorrow and will be starting at 10:00 AM local time.

The Facebook link to the Event can be found here.  All of the details will be found in that link.  We will try and mirror some of the important information here.

When the event goes live, you will be able to watch the tournaments live, on Twitch down below.

Streaming is provided courtesy of Shahin, who will also be providing live commentary. Please note that he’s also the head judge for the tournament, so there may be interruptions in commentary and in chat comments as he answers rules questions (though the streaming will continue).  In the event that there are WiFi issues, the videos will be recorded and uploaded to the Dice Masters Ottawa YouTube Page (14 July 2019 – YouTube Videos are now uploaded).  Many thanks to Shahin, who’s a boon to the Canadian Dice Masters community and has been for years.

A quick pre-Tournament interview with the 2018 Intercontinental Champion Ben Scott.

Photos from today’s Event can be found in our Image Galleries.  Thanks to Ben, Jocelyn and Shahin for providing these.

Click on one of the links below to jump to the appropriate section.

Here is the relevant text shared by each version from “Dice Masters Keyword Clarification” page:  “Continuous: Attach this die to target character die. While attached, that character die….”

Based on this amended text and rulings plus similar wording of Ring of Magnetism, Nova Corps Uniform may be attached to an opponent controlled character die.

Poison Ivy: A New Leaf
While Poison Ivy is active, when an opponent purchases the last die on a card, deal that opponent 3 damage.
Global: Pay mask mask. Once on your turn, you may remove a die on any card from the game. You may not remove the last die on the card.

Until an official ruling is made clarifying the intent of Poison Ivy’s global, then taking the wording as is, it can be used to remove a die on a card from the game even if that die did not start the game on that card. For example a die placed on Madame Web by her own effect. Another example is Eye of Agamotto (any version) which also gets placed on a card by its own effect (“When used, place this die on a Basic Action Card…”).

Please make note of the last paragraph that states this will NOT apply for Canadian Nationals 2019 due to the short notice. We will be using the wording as is on the card.

Follow along through the WIN System to see the match results of the Swiss Rounds. 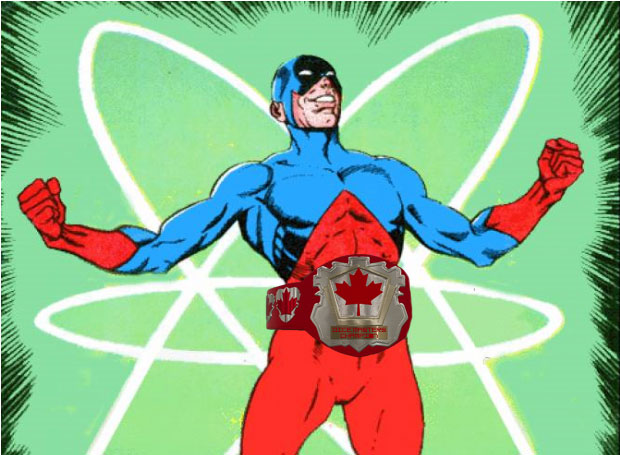